The President of the KSIJ of Dar es Salaam, Al Haj Mohamedraza Dewji will make an address tonight, Sunday 18th April at 8:15pm. You can watch it on: www.ksijdar.org 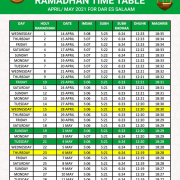 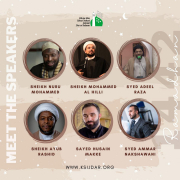 Below are the speakers for Ramadhan 1442: 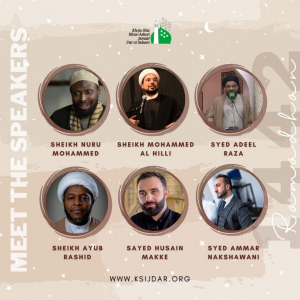 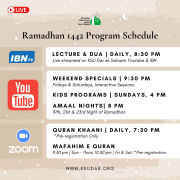 Below is the schedule for Ramadhan 1442: 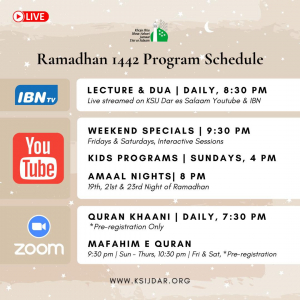 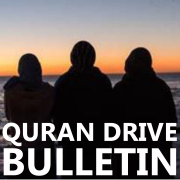 In the previous article, we discussed that the primary purpose and wisdom behind gender and gender differences is the formation of the family. We talked about the perfect plan of the Almighty, whereby he created human beings in two types, with different characteristics, in a perfectly balanced way for the union to occur. It is a union so unique,
unlike a partnership where each person seeks his own gain. It is a relationship more profound than a friendship where there are two individuals with separate lives.

They are a source of comfort, beauty and covering for one another. Their lives are intertwined and deeply connected in a way that their goals are unified and shared. Although, because the human being shapes his destiny with his choices, he has a significant role to play in nurturing this relationship to reap these potential fruits. When one follows the commands of the All-knowing Allah and adheres to the rights of the other gender, it is then that the
shores of tranquility can be reached. The family is one of the testing grounds for a human being in his path
towards perfection. In fact, one can say that the most important of testing grounds is the family because of the intensity of closeness that exists. The human being’s growth occurs when he can see outside of himself and of
his own comforts. When he does not overstep others for his own benefit. Simply put, one’s humanity blossoms in the family. The conditions necessary to earn perfections like patience, thankfulness, justice, selflessness, sacrifice, kindness are the best present in the family setting. Moreover, selfish incentives that might exist when one does good actions in public are not present. It, thus, adds to the quality of the actions performed in the vicinity of the home.

Ongoing Events Qur’an Reflections Released every Thursday
highlighting reflection points from different verses of the Qur’an.
Ar-Rahma Poetry Competition Based on the virtues of the Holy Prophet (S) in the Holy Qur’an
Qur’an Quest Live online quiz in the holy month of Ramadhan on different chapters of the Qur’an. Link for quiz resources: https://linktr.ee/qdcdartabligh

Upcoming Events
AFED QC16 DSM Selection Round Dates to be announced.
Visit our social media pages or ksijdar.org for further details about the above events.

QUR’AN DRIVE COMMITTEE UPDATES
“He who recites one verse of the holy Qur’an (in the holy month of Ramadhan) will be given the rewards of reciting the whole Qur’an during other months.

Islam has defined a set of laws for the healthy functioning of the family. The husband and wife each have rights and responsibilities to fulfil. Each gender because has different characteristics and tools; the rights and duties of each will be different. Conversely, the feminist movements, base their division of rights and duties on liberty and equality.
In their struggle to give women their rights, everything resolved around the one matter that man and woman are partners in humanity, that woman is a genuine human being, and must therefore enjoy the alienable and undeniable rights of a human being, just as a man, and in equality with him. Our main criticism is that differences between the
two genders were ignored in this midst. The differences were not given much importance or were denied in some cases. There was negligence regarding the natural differences between the two sexes and their possible effect in shaping the rights and responsibilities of each gender. It was forgotten that there are other matters besides equality and liberty to be taken into consideration. Equality and liberty are necessary conditions, but they are not sufficient. The natural, innate circumstances of the two sexes mustn’t be forgotten. On the contrary, the Qur’an, in times of revelation, took significant steps forward for the benefit of women and for their human rights. It advocated the equal value and importance of both genders. But it took a different approach when compared to feminist ideas. Qur’an never neglected the womanliness of woman and the manliness of man – ie. Gender, in the name of restoring woman to the status of a human being and making her the partner of man in human rights. In other words, the Quran
looked at woman and man as they are in nature. Thus, a critical point to note is that according to Islam, the laws governing the family are based on nature and creation. Nature has planned the differences so as to allocate with its own hands the duties and rights of women and men. Thus, there is complete conformity between the decrees of the
Qur’an and the decrees of nature. These two great books of God, one created and the other revealed, coincide with each other. Today, the idea of having fixed gender roles is heavily being attacked under the tag of ‘gender stereotypes’. They claim that to fix a specific role for a gender goes against a person’s self-determination and choice.
However, they fail to realize that if the role designated is in conformity with one’s nature and creation then confirming to it will give a human being a true sense of happiness and fulfilment. The essential condition of happiness of both man and woman, and, therefore, of the whole of human society, is that each of the two sexes should continue to move in their own orbit. Liberty and equality will benefit them as long as neither of them leaves his or her natural orbit and direction. Although, this negative feeling towards her gender role is not without reason. The gender roles that existed previously were rooted in the incorrect understanding of gender and the idea of male
superiority. And thus for centuries, a woman under the pretext of her gender role has been oppressed.
She has been controlled and subjugated. She has been made to believe that she is subordinate to a man and not his equal. Her role in making the family nest and rearing the offspring has not been given due importance and respect. Historically, the work of a man outside the house was considered important and was appraised as ‘the hard work’. This reinforced the idea that a woman is indebted to the man and must serve him. More importantly, it is asserted that it was her gender role that was limiting her capacity to develop her personal abilities and God-given potentials; and often, this was the case and it was commonly thought to be unnecessary for her to be allowed to flourish her intellect and other capabilities. The feminist’s solution to this issue is that we should entirely do away with gender roles. It is claimed that they are social constructs and nothing more. The irony is that instead of giving the woman’s gender role its due importance and correcting the incorrect cultural and social practices, the feminists re-enforced the idea that the creational role of a woman is not as important and that a woman must do what a man does to gain value.
On the other hand, Islam redefined the gender roles in a just and correct manner, without shaking the very foundation of the family and without tampering the fabric of the society. We will discuss more Islam’s view and the beautiful solutions presented by it in the next article insha’Allah. 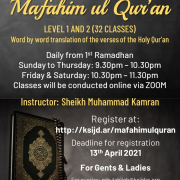 “And we have certainly made the Qur’an easy for remembrance so is ther any who will remember?”

Word by word translation of the Holy Quran

For Ladies and Gents 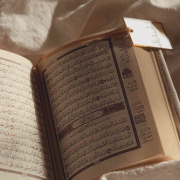 KSIJ Dar es Salaam is pleased to inform its members that it will be hosting Qur’an Darsa Classes for Ladies and  Gents during the Holy Month of Ramadhan online using the Zoom.

We urge members to take advantage of this Blessed Month by reading and engaging with the Holy Book through these classes.

To sign up for the Quran Darsa please use the form below and the zoom links will be shared with you.