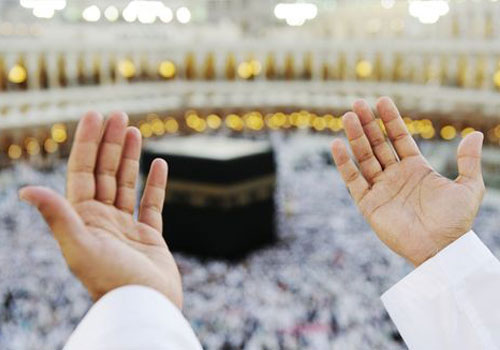 Islam is one of the major world religions. Every fifth person on the face of this earth is a Muslim. Muslims are found in the Middle East, in north, west and east Africa, in Asia and Eastern Europe. In modern times, Muslims are found in large numbers in Western Europe, the Americas and Australia through immigration as well as conversion. Recent statistics show that Islam is the fastest growing religion in the USA. With the vast world turning into a “global village,” such a wide-spread religion followed by over a billion people indeed deserves a careful study.

It is believed that our community started settling in Dar es Salaam around 1875.  In 1900, there was an Imambara made of corrugated iron sheets at the plot which is currently occupied by Pirbhai Jiwa Bharwani bldg. Majalis were held at this place but due to inconveniences and upon advice from the German authorities, it was transferred behind Telephone House.

The German governor knew that our community was facing problems and were in need for a place of worship. Once in 1904, when he was passing by our current masjid plot, he found Marhum Sachoo Peera and Suleiman bin Nasser Lemky were standing on the plot. The Governor asked Marhum Sachoo Peera whether he needed the plot on which he was standing. Marhum replied positively and was asked to visit him in Government House the next day when the plot was given to Jamaat. 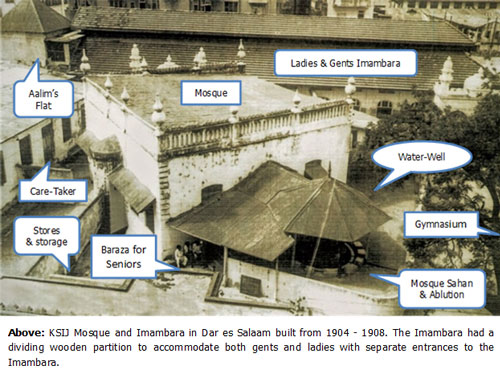 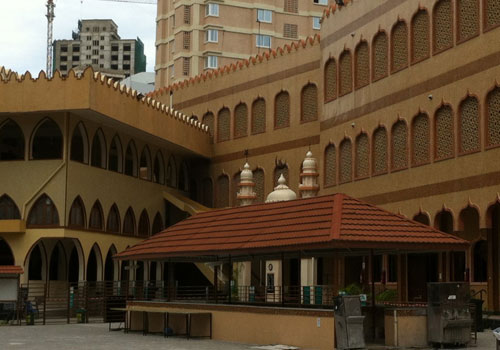 History of the Khoja Shia Ithna-Asheries

Some 600 years ago a missionary by the name of Pir Sadruddin arrived in Sind in India. There are a number of myths about his origins. The most common consensus among historians is that he was Dai (representative or emissary) of the Nizari branch of the Ismaili sect. Some have suggested that he was a sufi teacher from Iran. There is even a story that he was a Hindu priest by the name Sahdev who had been caught stealing in the temple and hence disgraced and defrocked. He then left the temple, changed his appearance and took on the name of Sadr Din.

Therefore, working on the old Constitution, bearing in mind the changes between the Thirties, Nineties and Tomorrows, and taking due notes of the rights, duties and priviledges of Members, Board of Trustees and Managing Committee, a new Constitution was drafted and presented to the members for deliberations and adoption.

Al-hamdu lil-lah, these having been successfully accomplished, the Managing Committee has the honour and pleasure of presenting you, our esteemed Members with the revised Constitution of the Khoja Shia Ithna-Asheri Jamaat, Dar es Salaam.

View Board & Other Committees

Central Board of Education